When police enter someone’s home without a search warrant, the presumption is that such an entry is illegal. Under most circumstances, any evidence seized as a result of that type of entry will be “suppressed”. That basically means that the case can’t be prosecuted further and will be dismissed. 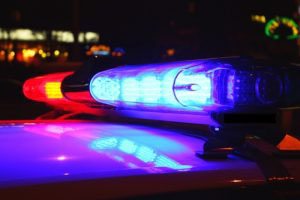 In a recent case, the Supreme Court outlined how the Constitution protects every U.S. citizen from unlawful searches and seizures. The court stated: “The chief evil against which the Fourth Amendment is directed is physical entry into the home.” Our latest dismissal is a prime example of how heavy handed search tactics by police can sometimes backfire on them. A large amount of cocaine, ecstasy and marijuana were all ruled inadmissible as a result of a warrant-less entry into an apartment. Last year police responded to a noise complaint at an apartment on the north side of Chicago. It was obvious that a party was going on when the officers knocked on the door. When NT answered the door, officers could smell a strong odor of burning cannabis coming from inside. They asked NT to turn the music down, and he said he would immediately. NT then tried to close the door. One of the officers stuck his foot in the door, and forced his way into the apartment. Inside they recovered over 200 ecstasy pills, several pounds of marijuana, and over 50 grams of cocaine from NT’s pocket. We filed a motion to suppress evidence and the court conducted a hearing in May 2017. During the hearing, the officer testified that he never put his foot in the door. He said that after smelling cannabis, he merely “poked his head inside” and glanced down the hall. He claimed he then saw several mason jars containing cannabis. As a result, he placed NT under arrest and searched the apartment. It is not uncommon for officers to minimize misconduct or even lie to try to legitimize a bad (unconstitutional) arrest. With good preparation, research, and sound cross-examination, we can usually defeat such behavior, and that’s what happened here. The judge agreed with our analysis of the Constitutional law. We argued that even “poking your head inside” was a violation against the fourth amendment and NT’s rights. The judge suppressed all the seized evidence and the case was dismissed. CASE DISMISSED, Chicago CASE DISMISSED, class x felony, CLASS X FELONY NARCOTICS, Motion to Suppress, NARCOTICS CASE DISMISSED