Below is the letter from Governor Pritzker granting clemency to our client:

Click here to see a PDF of our most recent pardon win. 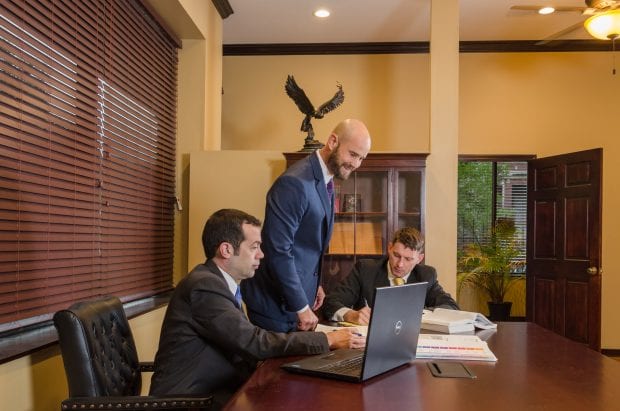 Many people make isolated mistakes in their past and have turned their lives around after serving time for a criminal offense, but then find that they cannot obtain a job or start a career. The burden of a criminal record that cannot be successfully expunged or sealed can make the consequences of a criminal conviction last far beyond one’s term of incarceration or supervision. Arrests and convictions of misdemeanor and felony convictions are matters of public record. If you are ineligible or have been unsuccessful in seeking to seal or expunge your public record of arrest and/or conviction, your best option for reclaiming your reputation and improving your employment opportunities may be to file a petition for executive clemency. This process is also referred to as seeking a Governor’s pardon. 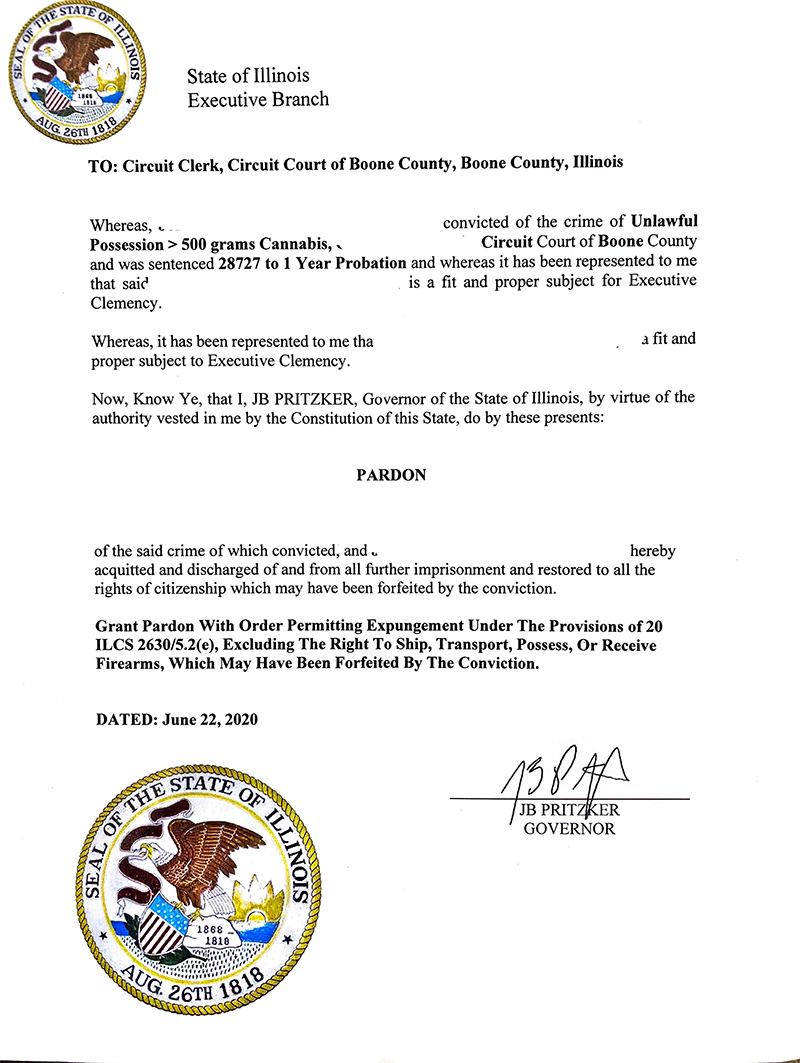 What is an Executive Clemency?

Executive clemency is the power of the Governor, given by the Illinois Constitution, to pardon, reprieve, or commute a criminal conviction. Ill. Const. art. V, § 12. A pardon is a governmental recognition of a wrongful conviction or an official act of forgiveness for the commission of a crime. A reprieve is “the postponement of the execution of a sentence.” People Ex Rel. Madigan v. Synder, 208 Ill.2d 457, 475 (2004). A commutation reduces the length or severity of a sentence. It “removes a judicially imposed sentence and replaces it with a lesser, executively imposed sentence.” People v. Rissley, 206 Ill.2d 403, 463 (2003).

What is the effect of an Executive Clemency?

In terms of a pardon, Illinois caselaw states that, “[A] pardon removes the penalties and disabilities (resulting from the conviction) and restores the [individual] to all his civil rights.” People v. Glisson, 358 N.E.2d 35, 38 (Ill. App. Ct. 1976), aff’d in part, rev’d in part on other grounds, 372 N.E.2d 669 (Ill. 1978).  Despite this language, the law is also clear that “the effects of a pardon are not unlimited.” People v. Glisson, 69 Ill.2d 502 (1978). While a pardon automatically restores one’s right to hold public office, it does not automatically expunge the record of the offense or restore an individual’s 2nd amendment rights, for example. The pardon must specially grant the petitioner the ability to expunge the offense, as well as, specifically allow for the restoration of their 2nd Amendment rights.  People v. Thon, 319 Ill.App.3d 855 (2nd Dist. 2001). The petitioner will have to expunge the record of the offense in order to actually erase any record of his offense or restore his right to bear arms. 18 U.S.C. § 922(g)(1) (2012).

For commutations, their effect generally is the release of the petitioner from incarceration or a significant reduction of their remaining sentence. Reprieves simply delay the execution of a sentence, meaning any incarceration or form of punishment for the conviction is postponed for a certain time period.

What is the process of filing an Executive Clemency?

Executive Clemencies begin with the filing of a petition for executive clemency with the Illinois Governor Review Board. The petition is a comprehensive document covering a wide variety of topics, including but not limited to, the petitioner’s family history, employment history, criminal history,  rehabilitation, and specific reasons for seeking clemency, among others. Petitions must be filed within specified deadlines with the Illinois Prisoner Review. After filing, a hearing is set with the Governor Review Board to present the contents of your petition and testify in front of the board.

Who is Eligible to file an Executive Clemency?