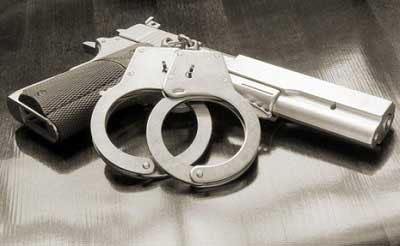 Mr. Davis was charged with Unlawful Use of Weapon by Felon. The arresting officer testified at the preliminary hearing that a 9 mm. handgun was recovered in plain view from the car Mr. Davis was driving. The officer also testified that Mr. Davis admitted to the possession of the recovered handgun.

During cross examination Attorney Callahan confronted the officer with a previously obtained arrest report which stated that the gun was recovered from the glove compartment of the car. Attorney Callahan also uncovered several other common sense inconsistencies in the officer’s testimony. The judge found that there was no probable cause to arrest Mr. Davis and the case was dismissed.