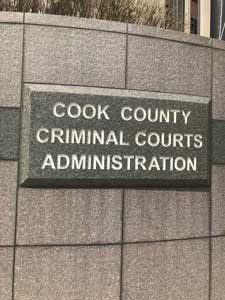 Paul C. Meyers is an associate Attorney at Robert Callahan & Associates. Mr. Meyers grew up in Evanston, IL and currently resides in Chicago. He attended undergraduate University at Tulane University in New Orleans, LA, earning a Bachelor’s Degree in History & English. In law school, Mr. Meyers was a member of the Law Review.

After passing the bar in 2011, Mr. Meyers worked as an Assistant Public Defender in Kane County, IL for 6 years before joining Robert Callahan & Associates in 2017. In his short legal career, Mr. Meyers has personally tried over over criminal cases 50 cases as well as been a member of a trial team on for cases ranging anywhere from murder & drug trafficking to DUIs & Domestics. In addition, he’s had over 200 cases dismissed.

Mr. Meyers believes that criminal defense isn’t just a job. It isn’t even a career. It’s a lifestyle. Mr. Meyers study the law on a daily basis to keep up with the ever evolving criminal justice world. He is always trying to find new tools and strategies for my clients’ cases. When you are in trouble, you need a criminal defense attorney who wakes up everyday thinking about one thing: your rights.