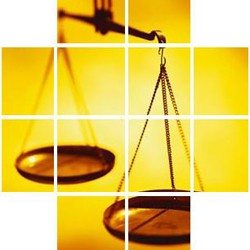 C.H. was pulled over last October by Chicago Police Officers for talking on a cellphone and erratic driving. Officer’s claimed that her speech was slurred and that her pupils were dilated in a manner that indicated intoxication. She was asked to exit her vehicle and to perform field sobriety tests. After failing the tests, officers placed her under arrest and searched her car. Inside, the officers found a small amount of cocaine and drug related paraphernalia. The first thing we do with cases of this type is subpoena the 911 and dispatch recordings. We also obtain the officers’ written police reports. After reviewing these items we filed a petition to rescind the statutory summary suspension and answered ready for a preliminary hearing. At the date of the preliminary hearing, the state was unable to proceed due to the arresting officers failure to properly complete what is commonly referred to as a DUI kit. The state asked the judge for a continuance and we objected. We argued that under the law CH is legally entitled to a preliminary hearing within 30 days of her arrest. The court agreed with our argument, denied the state’s request for a continuance and dismissed the case. Chicago DUI, Dismissed DUI, DUI, FELONY DUI