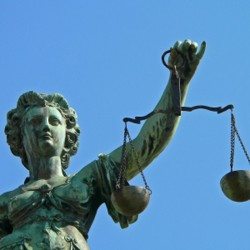 I.C. was arrested for battery by the Chicago Police Department in October, 2011. I.C. had been terrorized by a group of males in the vicinity of the building she owns on the south side of Chicago. The man primarily responsible for the harassment, threatened I.C. on multiple occasions. One evening, after being threatened earlier that day, I.C. encountered her harasser at a store by her property. He made threatening gestures to which I.C. responded by throwing a bottle and hitting her harasser. He reported the incident to the police and I.C. was arrested shortly after. I.C., after initially hiring another attorney, retained Robert J. Callahan and Associates two weeks prior to trial. Attorney Callahan has practiced criminal defense in the Chicago and Cook County criminal courts for approximately twenty years. That experience proved crucial in this situation. With less than a two weeks before the trial, Attorney Callahan and his firm investigated the case, interviewed the necessary witnesses, and prepared an aggressive defense. Through cross-examination of the complaining witness, Attorney Callahan tore apart the prosecutions case. In the end, planning, experience and performance resulted in the Judge finding I.C. not guilty. battery, chicago, Felony aggravated battery