Unlawful Use of Weapon Class A Misdemeanor – CASE DISMISSED 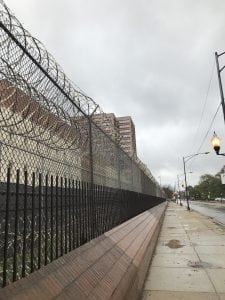 At the end of November, the US Supreme Court will examine the application of the so called “third-party doctrine” to cellphone providers disclosing records to law enforcement. The basic principle behind this doctrine is that the 4th amendment does not recognize an expectation of privacy in information voluntarily turned over to third parties. Katz v. United States, 389 U.S. 347, 351 (1967); United States v. Miller, 425 U.S. 435 (1976); Smith v. Maryland, 442 U.S. 735 (1979). Translation: the government does not need to get a warrant to obtain records from your phone providers. In fact, as we will discuss below, they arguably don’t even need probable cause. But in the age of smartphones, how far does this doctrine really reach before it offends the 4th amendment?   In Carpenter v. U.S., the government accused 29 year old Timothy Carpenter of being the head of an armed robbery ring that committed 5 robberies in the Detroit area and one in Ohio over a five month span in 2011. Ironically, the target of the robberies was none other than cell phone stores. The FBI, without getting a warrant, obtained 12,898 points of location data from Mr. Carpenter’s cellphone provider during this time.[i] This allowed them to determine his location by connecting his cellphone to the nearest cellphone tower. Unsurprisingly, this information placed Mr. Carpenter in the area of the robberies at or around the time they occurred. Mr. Carpenter tried to suppress this evidence before trial, however, the district court denied his motion. After a two-week trial, he was convicted and later sentenced to 119 years in prison.  The appellate court affirmed his convictions and in June the United States Supreme Court agreed to take up Mr. Carpenter’s issue this fall.

The Current State of the Law: No Warrant Necessary:

In Mr. Carpenter’s case, law enforcement utilized the Stored Communications Act to obtain location data on his cellphone.[ii] Passed in 1986, this law allows law enforcement to obtain a court order to compel electronic communications from a provider if “the governmental entity offers specific and articulable facts showing that there are reasonable grounds to believe the contents of a wire or electronic communication . . . are relevant and material to an ongoing criminal investigation.”[iii] The specific language used there is key. The language “specific and articulable facts” points more to a standard of reasonable suspicion than probable cause. It can simply be said that probable cause requires more. Further, the government is not required to provide notice to the subscriber and the electronic communication providers are immune from civil action for complying with a court order under this statute.[iv] Whether or not this statute or the standard it establishes now survives 4th amendment scrutiny, given the technological advancement in cellphones and all the metadata they contain, will be front and center in this case.   Undoubtedly, the Court will also examine the viability of the so-called “third-party doctrine.” The doctrine arises out of the 1970s with two seminal cases: United States v. Miller & Smith v. Maryland.[v]  In Miller, the Court held that bank records obtained without a warrant and used as evidence in trial for illegal whiskey distilling did not violate the 4th amendment.  Specifically, they found the information was “voluntarily conveyed to banks and exposed to their employees in the ordinary course of business.”[vi] This doctrine then evolved in Maryland v. Smith, where the court found no 4th amendment violation occurred when a telephone provider put a device on a phone with a warrant and at the request of the police. The device recorded all of the phone numbers called from a robbery suspect’s home.[vii]  Out of these two cases, the “third-party doctrine” has been applied for decades.   In his petition, Mr. Carpenter makes two major points:   The government, sees no such issues and argues that:   The type of records gathered will likely be at issue. At least one federal district court has held that historical cell site location data is not protected under the 4th amendment.[xiv] The government will likely focus on the distinction between the type of information gathered from cell tower data versus the vast amount of other metadata that was not collected. On the other hand, Mr. Carpenter is sure to remind the Court of the slippery slope of such behavior left unchecked.   The Supreme Court has recently commented on the drastic change in technology relating to cellphones and the application of the third party doctrine. In her concurring opinion in United States v. Jones, Justice Sotomayor pondered its place in the modern technological age, commenting, “[t]his approach is ill suited to the digital age, in which people reveal a great deal of information about themselves to third parties in the course of carrying out mundane tasks.”[xv] Chief Justice Roberts also appears to recognize the new and pervasive role of modern cellphones. In a fairly recent holding examining the warrant requirement and smartphones, Chief Justice Roberts quipped that cellphones are now “such a pervasive and insistent part of daily life that the proverbial visitor from Mars might conclude they were an important feature of human anatomy.”[xvi]   In taking up this issue and others concerning modern cellphones, the Supreme Court is attempting to update and clarify 4th amendment jurisprudence in this context. Such clarification is much needed to address newfound concerns specific only to a 21st century life. The ubiquitous role of cellphones in our lives, the metadata they hold, and modern events revealing government’s own interest in gathering this information (see NASA circa 2013) present new challenges to our civil rights. Law enforcement’s scope and ability to obtain cellphone records needs further interpretation to provide consistent standards for this type of governmental action. In a constantly evolving technological world where our cellphones can reveal roadmaps of our lives, let’s hope the justices don’t drop this call.   [i] United States v. Carpenter, ACLU, (Sept. 12, 2017), https://www.aclu.org/cases/united-states-v-carpenter [ii] 18 U.S.C. 121 §§ 2703. [iii] 18 U.S.C. 121 §§ 2703(d). [iv] 18 U.S.C. 121 §§ 2703(c); 18 U.S.C. 121 §§ 2703(e). [v] 425 U.S. 435 (1976); 442 U.S. 735 (1979). [vi] Miller, at 442. [vii] Smith, at 735. [viii]Petitioner’s Reply to Brief in Opposition at 18, Timothy Carpenter v. United States, No. 16-402 (January 27, 2017). [ix] Petitioner’s Reply to Brief in Opposition at 32, Timothy Carpenter v. United States, No. 16-402 (January 27, 2017). [x] Brief for The United States  in Opposition at 16, Timothy Carpenter v. United States, No. 16-402 (February 10, 2017). [xi] Brief for The United States  in Opposition at 25, Timothy Carpenter v. United States, No. 16-402 (February 10, 2017). [xii] Brief for The United States  in Opposition at 22-23, Timothy Carpenter v. United States, No. 16-402 (February 10, 2017). [xiii] Brief for The United States  in Opposition at 19 & 21, Timothy Carpenter v. United States, No. 16-402 (February 10, 2017). [xiv] United States v. Graham, 846 F. Supp. 2d 384 (D. Md. 2012). [xv] United States v. Jones, 132 S.Ct. 945 (2012), Sotomayor concurrence. [xvi] Riley v. California, 573 U.S. ___ (2014).