Over the past few years, we have seen an increase in the amount of unconstitutional traffic stops that are made for the purpose of conducting improper canine narcotics searches. These searches are most frequently led by Illinois State Troopers who claim they are pulling citizens over for traffic violations. However, their true intent is to search vehicles for drugs and other contraband. 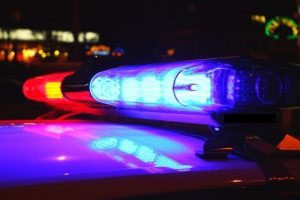 Our firm has had several of these cases dismissed on constitutional grounds. The 4th Amendment provides that any contraband seized as a result of an unconstitutional search must be barred or excluded from evidence; this principle is known as the exclusionary rule. When we encounter these types of traffic stops, we file a Motion to Suppress Evidence. Then, a hearing is conducted to determine whether the search was legal or illegal. If the Court grants our Motion to Suppress evidence based on an illegal search, the evidence is dismissed and we win the case. Below is a real life example of the process.

The trooper conducted a routine traffic stop and asked FL for his license, registration, and insurance. FL provided these documents, which were all valid. The officer informed FL that he would be issuing him a warning for speeding and FL agreed to sign the warning documents. After handing the documents back to FL, the trooper quickly asked if FL would submit to a search of his vehicle. FL politely refused and the officer eventually let him depart.

Less than five minutes later, FL was pulled over by a canine unit. The Trooper in the canine unit claimed that the reason for the stop was that FL was travelling at 72 mph in a 70 mph zone. When asked for consent to search the vehicle, FL refused. The trooper claimed that FL was acting suspiciously, told an unlikely story about his direction of travel, and was acting extremely nervous. For these reasons, the trooper deployed his dog around the car and over 100 pounds of cannabis was found and recovered. FL was charged with Cannabis Trafficking, a non-probationable Class X Felony that carries a sentence of 12-60 years in the penitentiary.

After being retained, we conducted an investigation. We subpoenaed and requested the video footage of the traffic stops and upon review it was obvious that both stops were completely improper. We requested a hearing and filed a detailed Motion to Suppress Evidence. After an extended and hotly contested hearing, the cannabis was ordered suppressed by the Judge hearing the case.

This is almost the exact same pattern we have seen in over 20 different traffic stops. The troopers are extremely intimidating and misleading in the way they carry out these searches. They are not beyond exaggerating, embellishing, or even outright lying in their testimony. Very often, these cases are in small counties downstate.  Local “small town” Judges tolerate this type of behavior because they are often fearful of appearing lenient on crime if they dismiss cases of this caliber.

It is therefore extremely important that the accused have a skilled attorney familiar with Search and Seizure and Due Process. It’s a complex and ever shifting area of the law.  We have seen multiple different rulings by the Appellate Court over the past 2 years.

It’s our belief that we will continue to see these types of illegal and unconstitutional stops well into the future. Our goal will be to defend these cases vigorously and advocate for dismissal of the charges when they happen.

FL’s case was dismissed after the evidence was suppressed and he avoided a minimum penitentiary sentence of 12 years.