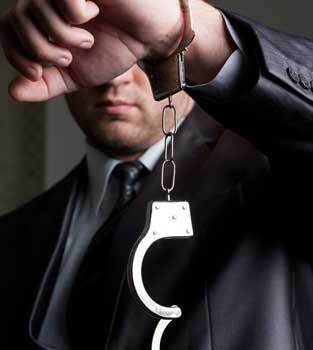 There is no graver charge in American Justice than murder. It rightfully carries the highest sentences and the most social stigma. No one wants to befriend or even live near a murderer.

Despite that, always remember that being accused does not mean you are guilty. However, innocent until proven guilty is sometimes true in courts only during murder trials. A lot of homicide cases generate publicity. The Nancy Grace’s of
the world frequently try people via media and issue there own amateur guilty verdicts that end up poisoning jury pools.

Prosecutors also routinely use the bully pulpit and try to break down a defendant from a podium. Most private citizens are not used to enduring negative publicity. You have gone from being anonymous to being presented in public as a pariah and the personification of evil. Quite often people in these trials are abandoned by some of their friends and family. Yet, history has shown that the innocent ultimately prevail in the end when the evidence is actually examined (the Duke Lacrosse case comes to mind).

What got these people through there ordeal was a competent
defense that knew how to deal not only with the legal hurdles of the case, but
also how to shield their client(s) from the media and provide push-back
publicity. Robert J. Callahan has
fifteen years experience in Illinois dealing with all types of high profile
criminal cases.

There are two things to remember if you have been accused of
murder. As with all cases do not try and
talk your way out of charges. Speak to
no one about your case. When you see your name in the paper or on the news your
first instinct will be to try and present your side to the public. Don’t do that. Your ultimate battle is with a judge and
jury. If you convince them the bad
publicity will go away. However, if you
talk to the press and law enforcement your words will be twisted and used
against you in court.

Secondly, if you did in fact commit murder there is a huge
difference between bad and worse when it comes to sentencing in Illinois. Cases
are frequently pleaded down to manslaughter. An insanity defense is also an option that can lead to “easier” time in
a state mental hospital. To get those
pleas and considerations you need great legal advice, not a bottom of the
barrel public defender. You need Robert
J. Callahan.