Our Experience: Federal Case and Court Strategy Can Differ Significantly from State Court 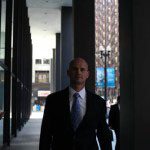 There are fundamental differences between being charged with a Federal crime and State crime. One in particular is a much more thorough investigation by Federal law enforcement agencies, such as the FBI and DEA. Their resources are vastly superior to what State and local authorities have available. The technology and equipment tends to be cutting edge and their agents better educated.

Along the same lines, the federal approach to prosecution bears little resemblance to what happens at the State level. For one, formal charges aren’t brought unless the chance of achieving a Guilty Plea or Verdict is extremely high. This is partly due to the political fallout which results from losing cases. Successful representation at the Federal level requires careful consideration of all these factors.

Pre-indictment investigation can often expose weaknesses in the Government’s case. Guaranteeing our clients the best representation possible, we meticulously interview witnesses, subpoena relevant documents, and research any leads which might benefit our their defense. This pro-active approach has freed many of our clients who return home to their families while unrepresented co-defendants are arrested, arraigned and brought to trial.

In a recent case, the FBI lacked a statement from our client in order to formally establish probable cause at the level required by federal standards.

The client was being investigated with regard to a fraudulent passport manufacturing operation. FBI agents had uncovered certain documents linking him to the counterfeit passports, and contacted him for an interview.

When the FBI approached our client, explaining their request as a simple effort to gather information, our team recognized the scenario as potentially incriminating. We immediately contacted the agents, putting a halt to their investigation. We informed them that our client would be invoking his Fifth Amendment right against self-incrimination. This required that any further contact with the accused be made through our firm.

Lacking direct evidence linking our client to the crime, the FBI ceased their investigation. Without critical elements of proof, the Federal investigation team was unable to conduct an arrest.

Experience at the Federal court level is vital to a successful outcome. Our firm carefully considers every aspect of this different environment in our defense strategies. Knowing the differences in procedural rules, evidentiary standards, and more aggressive prosecutions enables Robert J. Callahan and Associates to offer clients the best chance of success.

Our knowledge in Federal court procedures expedites various case processes, which can otherwise be tedious and painful. For example, Federal bond hearing procedures usually require defendants to provide collateral in order to secure their release. Robert J. Callahan and Associates uses a time tested process for expediting appraisals and other detention hearing requirements, so our clients are released as quickly as possible.

Along the same lines, Federal court prosecutions will often include evidence obtained through advanced tools such as wiretapping, video surveillance, and “trap and trace” telephone bugging. Given that these tools are rarely seen at the State level, only proven experience in Federal court can mitigate an incriminating threat and sustain a strong defense.

Finally, it is important to remember that Federal courts carry higher mandatory sentence minimums, and increased chances of receiving a jail sentence. By law, defendants who are convicted must serve 85% of their sentence. Consequently, walking into a Federal criminal prosecution without an attorney specifically experienced in this area can have disastrous consequences.