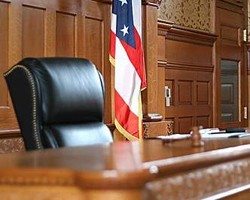 M.B. was pulled over in August, 2012, by Chicago Police Officers for improper lane usage. Officers claimed they could smell a strong odor of alcohol, his speech sounded slurred and his pupils were dilated which indicated intoxication. Officers ran his name and found that he was driving on a suspended license without insurance.  He was asked to exit his vehicle and perform field sobriety tests. After failing the tests, officers placed him under arrest. M.B. hired us several months after his arrest.  Fortunately, we could still conduct our standard investigation.  The first thing we do with cases of this type is subpoena the 911 and dispatch recordings. We also obtain the officers’ written police reports. At preliminary hearing, due to our preparation, we were ready to proceed but the state was not. The state asked the judge for a continuance to which we objected. The judge denied the state’s request for a continuance and dismissed the case. See more successful outcomes for clients charged with DUI in Chicago. DUI, felony